Growing up with War: Children of Syria.

This RT doc is so much more sincere and heartbreaking than western propaganda which is typically never 10 seconds away from accusing and portraying the west as righteous.https://t.co/4AaoxVtelV

I hope they get help. In Germany they found out that the children of WW2 developed post traumatic stress symptoms when they got old, especially when they retired. I know also from a Friend from Bangladesh that there are a lot of people having physical diseases like diabetes or high cholesterol, there was ~1971 war. About these connections, how traumatic stress affects the body (even the next generation), there are newer findings only in the last years. So these war crimes have effects for many decades.

Methinks Murika doesn't need elections but a revolution. This tangled mess of lies, fraud and clusterfuck can't be solved anymore. 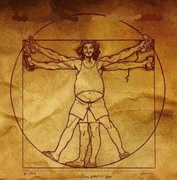 Please note Mike Bloomberg was in Epstein's little black book. “He Was Like Boo Radley”: The Mysteries of Jeffrey Epstein’s Black Book https://t.co/UlvgMUcrhJ via @VanityFair

With zero evidence of the Syrian Army "executing civilians" after liberating any part of Syria, it occurs to me that your "civilian friends" may be Al Qaeda-associated terrorists and you know them mainly through Skype. https://t.co/dv2hzdaKe8

With zero evidence of the Syrian Army "executing civilians" after liberating any part of Syria, it occurs to me that your "civilian friends" may be Al Qaeda-associated terrorists and you know them mainly through Skype. https://t.co/dv2hzdaKe8

This is being widely shared today. Alas, it looks like more made up "Russian scare" nonsense from the Irish edition of London's Sunday Times. It relies on unnamed 'sources,' who may or may not exist. But there's a key giveaway that the story is bullsh*t, right in the first line. https://t.co/t2fds2XdHJ

I think they just want to give certain people ideas. But there are easier ways to sabotage...

The precise coordinates, photos & maps of the locations are all openly available, as is oceanographic survey data. All viewable on this state website. So, some 'agent' in the ars*-end of Siberia could do this spying, without setting foot in Ireland. https://t.co/uWkBc0Q3KL pic.twitter.com/sVyowg1DqS

Rising US wealth inequality in one chart: US workers must work an average of 129.4 hours to afford 1 share of S&P500, a fresh record and 3 times as much as 10yrs ago. pic.twitter.com/8T8EzlN4Dy

Compare that to these lame-ass incompetents here in the West

What an asshole, Amazon wastes energy and resources by destroying returns en masse. All for profits - and more profits. Liars, hypocrites ...

BTW, I can bet that there is NO ONE on tweeter has blocked more people than JJ.
For example, I never answered/commented under tweets, nor I ever tagged him (before today) - yet today I realized that I been blocked

- he does it "preventively"

What Julian writes I'd say he could get help from a psychiatrist, I'm sure they have medication for that.

The capitalist class is an exclusive club, and you're not in it.

Bloomberg, Trump, and the Clintons are though. They're all on the same side. They might be pretending to fight for now, but all billionaires and oligarchs share the same economic and political interests pic.twitter.com/gFh6YiMqhb

The capitalist class is an exclusive club, and you're not in it.

Bloomberg, Trump, and the Clintons are though. They're all on the same side. They might be pretending to fight for now, but all billionaires and oligarchs share the same economic and political interests pic.twitter.com/gFh6YiMqhb 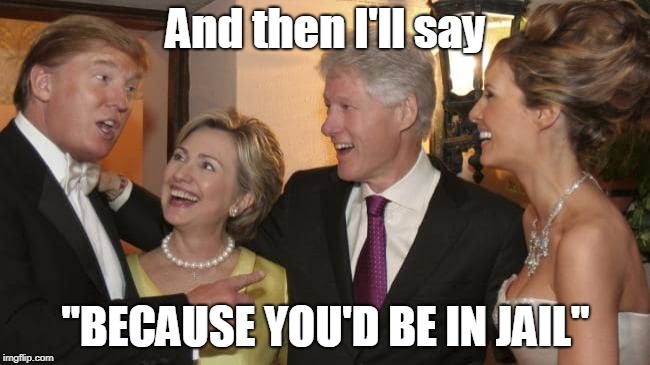 If you think mean tweets are offensive, wait until you hear about Mike Bloomberg's 30-year history of racism and misogyny... https://t.co/hcOGRcCY1v pic.twitter.com/1sbUiekgA1

Now this could be entertaining... https://t.co/KAoKZW4xKB

Whaaaat?! Proposed Alabama bill would require men to get vasectomy at age 50 or after third child https://t.co/eFPcGNSK0e

When US intelligence said they have found backdoors in Huawei, here’s what the CEO of French telecom said:

“I’d be interested to see the evidence. It reminds me of the WMD during the Iraq war.”#China

The rationale for the obliteration of #Dresden was given a sinister reason. It wasn’t so much an act of terror aimed at Nazi Germany, but rather a show of maniacal power to the Soviet Union according to documents with Brittish Bomber Command.https://t.co/ZiewZMd5kH

They make it a sick game, competing with each other, calling it "going out hunting"https://t.co/MhY6pj2QNT

The US government, which sees itself as the emperor of all of planet earth, is targeting Russia's state oil company Rosneft for allegedly helping with Venezuelan oil exports

No country can do business without Uncle Sam's approval

Q: "Is there a search underway for Anonymous?

President Trump: "Yeah there is. It's not so much a search."

President Trump: "I know who it is."

But he doesn't know WHAT Anonymous is ...

Unfortunately not in English:

13 years ago, the Bertelsmann Foundation took a journey into the future - in an improbability-driven time machine: "It feels relaxed to be an EU citizen in 2020.
A look at a brochure that is unfortunately out of print today: