Regarding my old translation projects

Regarding my old translation projects

I've started several of them years ago, but freezed them because of several reasons

1. I had not enough free time and hardware failure at some point
2. I did not see much demand for it sadly
3. While I'm fairly confident in my English, it's not to the "completely sure" degree

So, if someone (preferably with native English) is willing to check my work and if it's needed at all, I'm willing to continue my work

Projects were as follows:
1. The Great Game - documentary about Russian/British-American confrontation in 19th and 20th centuries
2. Big American Hole 3 - documentary about Crysis of 2008 and its consequences - including those that are yet to happen
3. From Rus' to Russia - a concert on the Red Square at the Day of Russia 2015 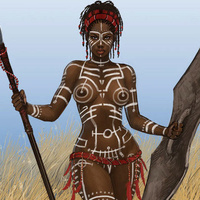 BTW, regarding coming crisis. Quote from the untranslated part of "BAH3":
Khazin: "Fall of consumer demand will be roughly 55% from maximum. GDP's fall will be 55-60%% from maximum. But it will be different for different sectors of economics: it'll be the same as in 30s for real sector, but for financial one it will be 3-4 times - 70-75%% - and that's the situation to which nothing can be done. Because such fall - 55-60%% of GDP no democratic state can withstand while keeping its sociopolitical structure, it's naive to expect current political elite to acknowledge this fact"
_________________
"When every one is dead the Great Game is finished. Not before." - Rudyard Kipling, "Kim" (1901)
"But we are still alive." - "The Great Game" by Mikhail Leontyev (2007-2008)