Last edited by KneelB4Zod! on Thu Feb 28, 2019 10:57 pm; edited 1 time in total
_________________
"This is not a new world, it is simply an extension of what began in the old one. It has patterned itself after every dictator who has ever planted the ripping imprint of a boot on the pages of history since the beginning of time. It has refinements, technological advances, and a more sophisticated approach to the destruction of human freedom. But like every one of the super-states that preceded it, it has one iron rule: logic is an enemy and truth is a menace." - "The Obsolete Man" - The Twilight Zone, 1961

_________________
"I just wish the world was twice as big and half of it was still unexplored." - David Attenborough
"Look at those clouds, and tell me this isn't the end of everything." - Karl Agathon, BSG.
"They stood and clapped on doorsteps for us, and when they realise what we've done, they'll stone us to death." - Michelle, UK nurse 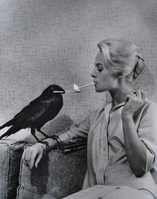