Alex Jones is a popular radio show host who, by his own admission, "had some family that, what, did stuff for the CIA".
Joël van der Reijden writes that "Alex Jones is a Christian conservative activist/operative
who refuses to talk about groups as Le Cercle, the American Security Council, the John Birch Society,
the Heritage Foundation and the Council for National Policy.
Alex Jones admitted on his radio show on Jun 10, 2014
that his father and other family members worked for the CIA during the 1980s.
wikispooks.com/wiki/Alex_Jones

Mass shooting
“The government encouraged the manufacture and importation of military firearms for the criminals to use.
This is intended to foster a feeling of insecurity, which would lead the American people to voluntarily disarm themselves by passing laws against firearms.
Using drugs and hypnosis on mental patients in a process called Orion, the CIA inculcated the desire in these people to open fire on schoolyards and thus inflame the antigun lobby.
This plan is well under way, and so far is working perfectly. The middle class is begging the government to do away with the 2nd amendment.”

I don't particulary like the guy but these 4h 40 min is probably the most entertaining stream you will find on internet. It is well worth listening to!

@47:55 is most interesting part when they talk about "spiritual molecule" DMT. It was a subject of research on Harvard for decades. Thing is when people use DMT in a group they all experience the same thing. That's what's fascinating. If everybody would experience something different it would be just hallucinations but they don't, they see the same thing, so its like another reality that is real and DMT opens the gate to it. Then they speak about USA government communicating with the beings that reside in this dimension for decades already and they say those beings are in contact with humanity since the times of Meso-American cultures. They call these beings "The Elves" and mesoamericans called them Quetzalcoatl, Tezcatlipoca, Huitzilopochtli and so on. And basically what's going on in the world today is all by order of these beings who want humanity exterminated or if not exterminated at least limited to smallest possible number. What he claims is that these beings thrive to change the Great chain of beingshttps://en.wikipedia.org/wiki/Great_chain_of_being where humans would not be on top of it anymore but something else. They thrive to produce a new being that would dominate the food chain mixed with human DNA and something new. Transhumanism is supposed to be big part of this plan. That is why nobody cares to deal with natality of western world, the drop is welcomed and the drop in third world will follow as well eventually. These "elves" beings promised to the elite that they would be given control of this new world, the few of them will be handed the keys to manage this new world and with it their immortality. Pretty wild stuff, the guy is great story teller. Now how much of it is true is another matter 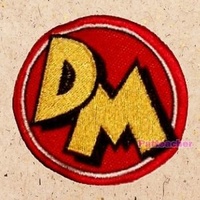 It seams to me he is a controlled narrative disinformation cia agent just like glp:
Alex Jones' Deposition On Sandy Hook Shooting
youtube.com/watch?v=FuqjmP959vo

GLP is mainly a jew first and only site. Its funny how glp community still in most cases doesn't gets it. Since a lot of them are American nationalists for who we know how they feel towards jews but they still stick to the site like GLP is their friend. It is in fact a controlled opposition but what it is for the most part is an implant. The site is pretending it is an ally of American patriots and friend of America while it is complete opposite.

Isn't it strange how GLP says, freedom of speech and we can disscus about anything there. White American feelings are being hurt on daily basis there, pitting black vs white. Race baiting is main characteristic of GLP, always stimulating hatred among races disguised as a freedom of speech. There's only one thing they are alergic about and triggered right away without any exemption and that is talking against Israel or hurting jew feelings. No freedom of speech when it comes to that. 90% of moderators there are without exemption jews and like they do it in MSM they do it on GLP, trolling the feelings of whites and blacks constantly creating hatred among the two. GLP is very despicable site and its owners are biggest scum you can meet...

@Matjaz
agree with that Matjaz and would add that people who are looking there for traces of the truth
will meet quickly glp filter bann sistem.