Main news thread - conflicts, terrorism, crisis from around the globe

Re: Main news thread - conflicts, terrorism, crisis from around the globe

Guy Elster
@guyelster
·
9m
Hundreds of people packed on a US Air Force C-17 aircraft as it left #Kabul on Sunday. Stunning 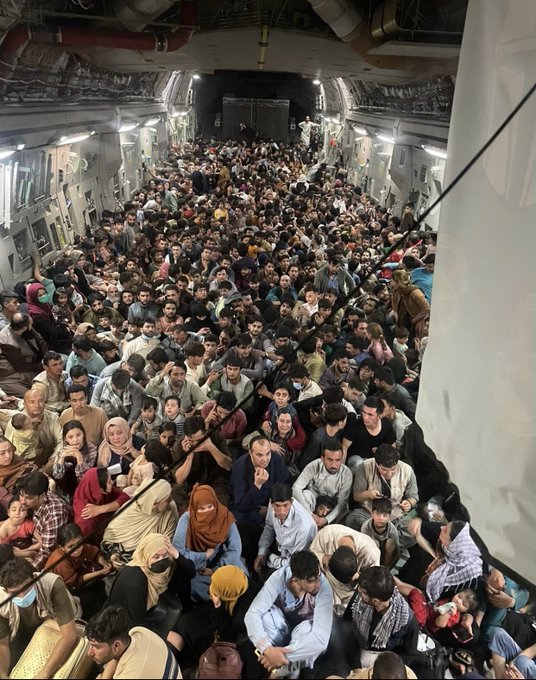 https://www.zodlikeproductions.net/viewtopic.php?t=252
_________________
"This is not a new world, it is simply an extension of what began in the old one. It has patterned itself after every dictator who has ever planted the ripping imprint of a boot on the pages of history since the beginning of time. It has refinements, technological advances, and a more sophisticated approach to the destruction of human freedom. But like every one of the super-states that preceded it, it has one iron rule: logic is an enemy and truth is a menace." - "The Obsolete Man" - The Twilight Zone, 1961