humans ARE the virus.

any test ,any vaxx.


the russian vaxx sputnik is even more dangerous.

they claim 92% effectiveness.(pfizer claims 90%,and that's impossible according to prof yeadon)

and it wasn't developed in russia but in ziostan by the zio army.

because if countries would know the russian vax was made in ziostan ,they wouldn't take it.

ignore at your own risk,especially if you live in eastern europe and think chabad satanist puto is gonna save you..

i's made by gamaleya industries.

and now everybody guess where the vaxx was developed for real and by whom?

all available vaxxes for corona worldwide are connected,created and invented ultimately by the zio's.

more proof putin and the zio's are in bed.

and shoygu took the vaxx?

mr bourla is a jew ,by the way.

all the vaxxes are made by zio's.also the 'russian' sputnik vaxx.

enjoy your jab, your chip and your afterlife.

for all china lovers here:

China just pointed the way. Now it is "COVID free" because it already is NWO Communist. The rest of us are not far behind.https://t.co/24HWnw55xN

mr bourla is a jew ,by the way.

all the vaxxes are made by zio's.also the 'russian' sputnik vaxx.

enjoy your jab, your chip and your afterlife.

well ,at least some greeks understand what's going on.

a reminder for those who think parler is a safer place than twitti :

So, I always say "The world has gone mad"

Now I'm thinking it's all part of the plan, The LGBTQ, The "Gender Neutral" shit and what not....Now it has dawned on me....This is NOT for OUR generation, It is for the "LAST GENERATION"

The generation that will be STERILE from the mandatory vaccinations.....From there it doesn't matter what gender you are, there will be no" higher purpose in life" for having children...a family unit.

And it wouldn't matter who you chose to spend your time with...Gender would mean nothing.


NOW everything makes sense....all the censoring across the platforms, "THEY" are ALL in on it.....The GREAT RESET....Population reduction on a grand scale.

in guatemala the indiginous peeps,mostly Maya, had enough,and do what anybody should do:

go to the streets in huge numbers and burn the place down ,it's only stones and symbols.

burn them down before they kill you,there's no alternative.

Basically this is your vax:

simple as that,in your face ,enjoy the Noahide Laws,cause that's your new set of rules:

in ziostan where they will show you what 's gonna happen to you soon, the vaxxing wil, start soon.

than they will jump over to pregnant women,prisoners a\ and babies.

after that the general public will be chipped and culled by mRNA vaxx.

the aim is to sterilize the population,so startng with pregnant women and babies is logical.

will it be different in your country?

ofcourse it will,don't worry ,don't do a thing ,just take the test and pay your taxes....

.
in other news:
football is being killed while we sleep.

he didn't get any medical care for 12 hours before he died.

maradona was one of the few soccer players that was not under control of the satanic handlers that control messi,ramos,pique (with his transgender wife from colombia),ronaldo and neymar.

all these 'boys'are completely controlled and run by the satanic world order,

their current sicko behaviour is more signs of deprogramming than spontanious misbehaviour.

football is beung destroyed ,like all cultural landmarks in europe and the usa.

it's part of the troture,destroy all things people know and love and they will obey every order .

you just have to promise the cattle 'normality' will return when you obey.

people are zombies ,most have no kids ,have serous hormonal issues and prefer to die than live and fight.

and even those childbaring zombies would prefer their kids sick and dead ,than take care of them and keep them safe

get away from the zombies around you(95%+ of creatures around you) if you want to have a future for yourself and your (future) kids.

2012 was supposed to be step 1 in the current string of psyops that must lead to a new world..

it failed and the middle east is back to the same point as 2012.

usa threatening to attack iran ,israel focussing on hezbollah and now syria as well( in 2012 europe was supposed to take care of syria ,but france and gb bugged out).

still think the fact that 2012 didn't function ,makes the current psyop,that was predicted as well (lockstep,2007) much more complicated.

the middle east was supposed to have been re-designed and mostly destroyed ,especially the oilproducing countries.

now they are trying to continue with the same plan ,only they have to blow up the middle east and enslave the world population at the same time in one big hit,

it will fail ,mostly because the middle east plans will not bring what they want,and ziostan will have to be cancelled ,but ziostan is not collaborating.

they will cull their own population though,as a new burnt offering to the ultimate zio god ,satan/baphomet.

again the world will be blamed,poor jews.

the big NWO plans are failing because the 2012 psyop failed , or was sabotaged .

they have no choice but to go on on the road they were,changing it is impossible.

chaos is what's on the menu.

and many weapons will be released,many will die ,more will be made very ill ,most children will be sterilized.

the main victims will be europeans ,usa and ziostanis.

they will release all the evilness they have prepared ,they have no choice.

the last chance to stop this is nearing fast.

if populations rise up and overthrow ALL political parties and media we might have a chance.

but i fear nobody will do anything in europe,china and easterneurope/russia.

things will speed up now,it looks like the same timeframe ,only 8 years later ,aiming at december around christmas.

no testing mno vaxxing ,duck and weave,stay away from vaxxed people .

it's gonna be a rough ride.

an example to all of us

This is coming if Biden gets in. China's social credit system wearing a medical mask

it is my opinion that neither soleimani nor ' the head of iran's nuclear program ' are dead.

they are very strong candidates for mahdi ,though....

Social media CEOs are transgender ACTORS playing a role. They are just the face of censorship; they have NO authority.

When u complain about one of them u are HELPING them by giving them credibility.

They're NOT the source of all this tyranny. They’re not even billionaires! pic.twitter.com/T804AH2end

a forum created by Klaus Schwab,the actor from WEF.

a forum created by Klaus Schwab,the actor from WEF.

Well, I quite like her. She was one of a few US politicians who actually visited Syria and Damascus (the other one was Richard Black I think). True is that she attended some zionist gatherings (Christians for Israel or such bullshit).

We can be sure about one thing - if you don't support zionist cause actively then you have zerro chance to even participate in president run, for example. You can play both sides though. And only after the election you can show for what you really stand for. But, for voters, it's Russian roulette then.

Or, off course, we can tear down the whole fucking, rotten to the core system.

I don't believe in voting btw...
_________________
"This is not a new world, it is simply an extension of what began in the old one. It has patterned itself after every dictator who has ever planted the ripping imprint of a boot on the pages of history since the beginning of time. It has refinements, technological advances, and a more sophisticated approach to the destruction of human freedom. But like every one of the super-states that preceded it, it has one iron rule: logic is an enemy and truth is a menace." - "The Obsolete Man" - The Twilight Zone, 1961 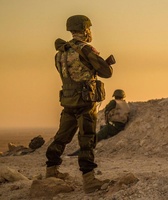 “And if you tell them they can’t play Monopoly this Christmas I’ll wear the big strap-on tonight.....” pic.twitter.com/TnRBSZK14u

it's the stupidity of people that make it almost impossible to stop these plans.

They love to throw their future plans in our face and LAUGH at us.

The 2019 Project Runway series had a contestant named KOVID who made a face mask to go with his runway look! pic.twitter.com/aSG2ksgOTd

everybody is in on it.

Watch this, and tell me that this ‘pandemic’ isn’t SCRIPTED!

It’s actually extremely scary to see world leaders all in lockstep to dominate and control us in this way.

history is trying to repeat itself.

it always works ,cause sheep will be sheeping.

free will is am illusion with so many slaves around you.

Makow - The Social Contract is Broken

What is now happening in the US mirrors the 1917 Bolshevik Revolution.

Will it be followed by a Red Terror? https://t.co/eZ6KavMQER pic.twitter.com/wjTvqW6Xme